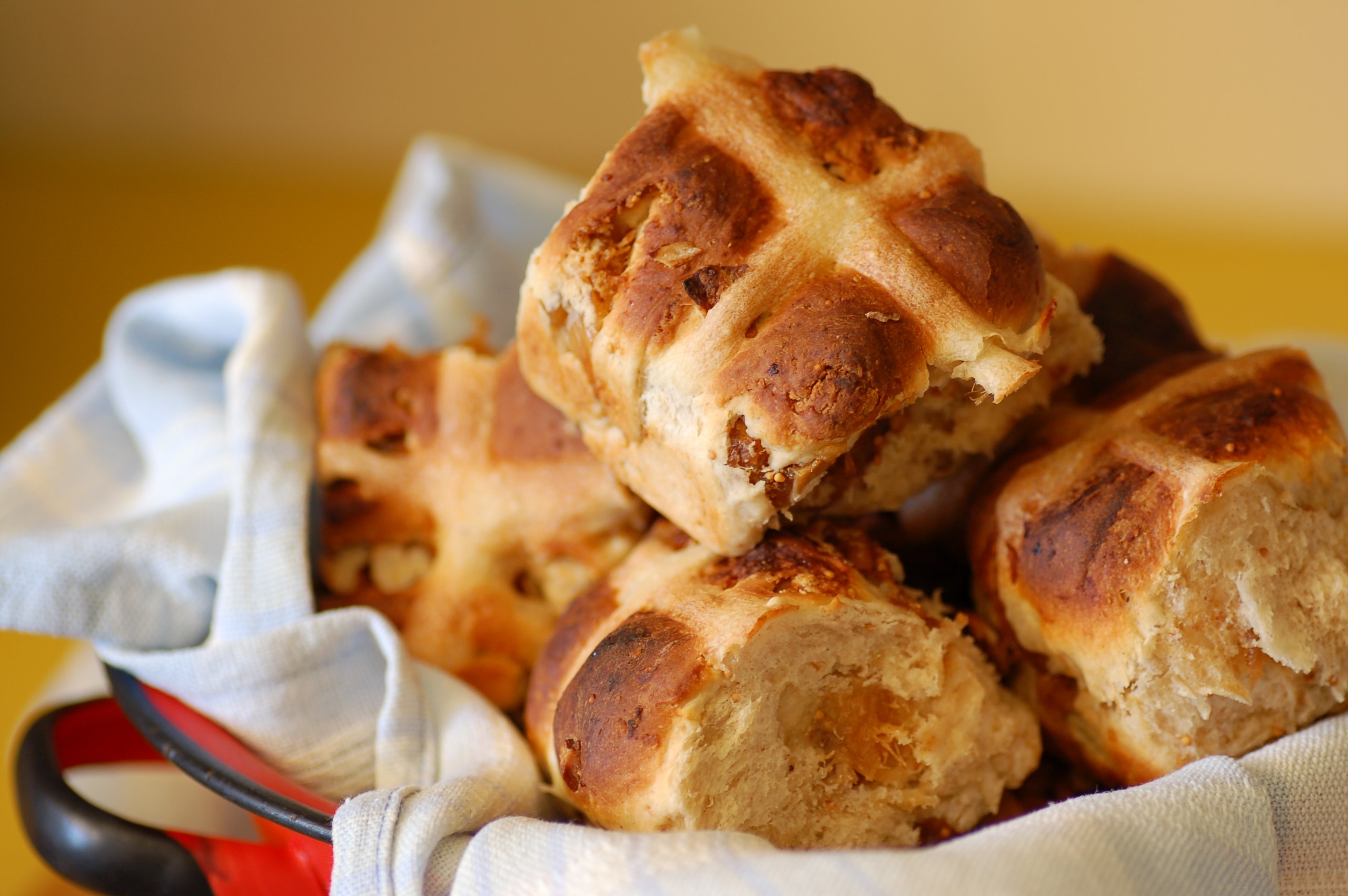 Despite being the subject of a popular children’s song, the origin of these famous Easter buns is muddled. Hot cross buns were first definitely recorded in the 1733 edition of Poor Robin’s Almanac, where a street cry was written: “Good Friday comes this month, the old woman runs. With one or two a penny hot cross buns.”

It is thought that the buns originated in London during the 18th century, but in 1592 the London Clerk of Markets made an official order that forbid the sale of hot cross buns on any day except Good Friday and Christmas because they were considered very special!

The spiced sweet buns are marked with an icing or dough cross to represent the crucifixion of Jesus. Hot cross buns are often made with raisins and currants, but variations can include (but are not limited to!) toffee, chocolate, apple cinnamon, orange cranberry, and salted caramel.

These buns are available year-round in some places, but because of superstition are not often sold outside of Christmas and Good Friday. People in England used to keep one bun and hang it in their kitchen until the next year, as it was said to ensure that all bread baked that year would turn out perfectly. Legend also has it that hot cross buns baked and served on Good Friday will never go bad!

Hot cross buns will also never go bad when using Raisenne – the dough will rise consistently in no time. Making buns should be fun! Hot cross buns are an Easter essential that anyone can make with the help of Raisenne.

If you make hot cross buns for Easter using Raisenne, we would love to see it! Share a photo with the hashtag #bakedwithraisenne and tag us on Instagram.